One of my very favorite “joke” stories!

(It makes me laugh every time - so I'm leaving it up!)

Lawyers should never ask a Southern grandma a question if they aren't prepared for the answer.

In a trial, a Southern small-town prosecuting attorney called his first witness, an elderly grandmother, to the stand. He approached her and asked, "Mrs. Jones, do you know me?"

She responded, "Why, yes, I do know you, Mr. Williams.  I've known you since you were a young boy, and frankly, you've been a big disappointment to me. You lie, you cheat on your wife, and you manipulate people and talk about them behind their backs. You think you're a big shot when you haven't the brains to realize you never will amount to anything more than a two-bit paper pusher. Yes, I know you."

The lawyer was stunned! Not knowing what else to do, he pointed across the room and asked, "Mrs. Jones, do you know the defense attorney?"

She again replied, "Why, yes, I do. I've known Mr. Bradley since he was a youngster, too. He's lazy, bigoted, and he has a drinking problem. He can't build a normal relationship with anyone and his law practice is one of the worst in the entire state. Not to mention he cheated on his wife with three different women. One of them was your wife. Yes, I know him."

The judge asked both counselors to approach the bench and, in a very quiet voice, said, "If either of you idiots asks her if she knows me, I'll send you to the electric chair."

HAVE A WONDERFUL DAY

WITH SOME GOOD INFORMATION

AND A FEW LAUGHS ALONG THE WAY! 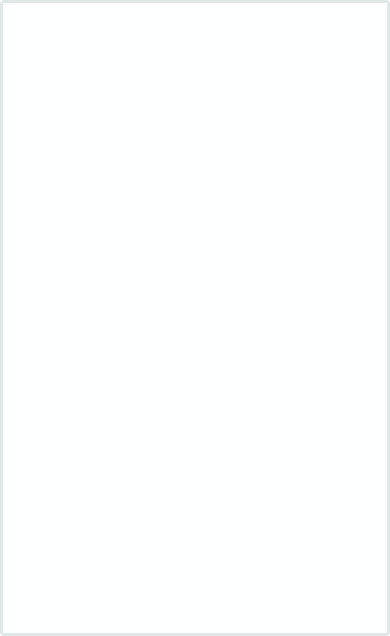 Scuba.com Quiz - how much do you know?

(There are Information links and fun website links below the jokes, one liners and "thoughts."

One Liners, Jokes and Thoughts

A computer once beat me at chess, but it was no match for me at kick boxing.

What did one ocean say to the other ocean? Nothing, they just waved.

A bank is a place that will lend you money, if you can prove that you don’t need it.

If you can’t convince them, confuse them.

Whenever I find the key to success, someone changes the lock.

A bargain is something you don’t need at a price you can’t resist.

The best line I've ever heard an officiant say is "if anyone has any objections to why these two should not be married, now is not the time. You had years leading up to this point, but please find me after the wedding because I love gossip."

"In the confrontation between the stream and the rock, the stream always wins . . . not through strength but by perseverance."  ~H. Jackson Brown

Did you know that dolphins are so smart that within a few weeks of captivity they can train people to stand on the very edge of the pool and throw them fish?

I don't have trust issues, I have "seen that shit happen before with my own eyes" issues.

Just read that 4,153,237 people got married last year.....not to cause any trouble, but shouldn't that be an even number?

Hate ~ it has caused a lot of problems in this world, but it has not solved one yet. ~ Maya Angelou

If I had a dollar for every girl that found me unattractive, eventually they'd find me attractive!

I find it ironic that the colors red, white and blue stand for freedom until they are flashing behind you.

A recent study has found that women who carry a little extra weight live longer than the men who mention it!

You may have seen this one, but it's funny every time!

You know what they says " forewarned is forearmed" ha ha -

Two policemen (Constable Ken and Bob) call the station on the radio.

"Hello. Is this the Sarge?"

"We have a case here. A woman has shot her husband for stepping on the floor she had just mopped clean."

"Have you arrested the woman?"

America is the only country where a significant proportion of the population believes that professional wrestling is real but the moon landing was faked. ~ David Letterman

As I hurtled through space, one thought kept crossing my mind - every part of this rocket was supplied by the lowest bidder. ~ John Glenn

My mouth sometimes automatically says "shit" when something wrong happens.

I need a time out!  Send me to the beach and don't let me come back until my attitude changes.

Silence is the best response to a fool.

My entire life can be summed up in one sentence . . . "Well, that didn't go as planned."

Someone just honked to get me out of my parking spot faster, so now I have to sit here until both of us are dead!

The best revenge is to have enough self-worth not to take it.

Hmmm . . . and yet another day has passed and I did not use Algebra once . . . very interesting!

I have a brain like the Bermuda Triangle.  Information goes in, never to be found again!

Be careful when you follow the Masses.  Sometimes the "M" is silent.

When I'm feeling down and someone tells me to "suck it up" I get the urge to break their legs with a baseball bat and then say "walk it off!"

What doesn't kill you will make you stronger.  Except for bears, bears will kill you.

"Dear Whatever Doesn't Kill Me, I'm strong enough now!  Thanks."

Our character is what we do when we think no-one is looking.

"I don't care about whose DNA has recombined with whose. When everything goes to hell, the people who stand by you without flinching, they are your family."       Jim Butcher

I try to concentrate . . . then the Thought Monkeys come and carry me away!

I do many things well, none of which generate income.

The only thing we have to fear is fear itself . . . and spiders.

"I love deadlines.  I like the whooshing sound they make as they fly by."     - Douglas Adams

Everyone makes mistakes; it's how we respond to them that matters.

(now that is definitely something to remember!)

Obstacles are those frightful things you see when you take your eyes off your goals.

I could agree with you, but then we'd both be wrong!

When nothing goes right . . . Go Left

"Never argue with a fool. Someone watching may not be able to tell the difference.

“Success consists of going from failure to failure without loss of enthusiasm.”    – Winston Churchill

(Thanks Ryan for finding the quote)

We can't control the wind, but we can adjust our sails

"Opportunity is missed by most people because it is dressed in overalls and it looks like work."

"You can't hold a man down without staying down with him."

"Never underestimate the power of stupid people in large groups."

One of my dad's favorite sayings:

"It is better to keep your mouth shut and appear stupid than to open it and remove all doubt."

"Keep away from people who try to belittle your ambitions. Small people always do that, but the really great make you feel that you, too, can become great."

The statistics on sanity are that one out of every four Americans are suffering from some form of mental illness. Think of your three best friends. If they're okay, then it's you."    - Rita Mae Brown

Never test the depth of water with both feet.

Links to more One Liners & Stories